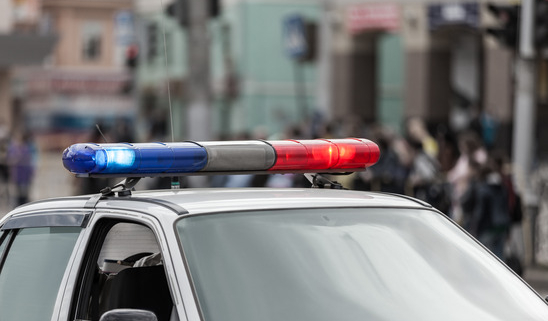 Yes, you can, and many people often do when the city is responsible for their accident and/or the injuries they sustained.

It isn’t every day that people are involved in accidents with city workers such as police officers or emergency responders. However, on occasion, an accident does occur that either involves a city worker or was caused by one. And when a person engages in an accident with such person and they believe that individual displayed negligence which led to physical and/or psychological suffering, they can take legal action and either file a claim with the city or file suit against it in order to recover compensation for the damage caused.

Last September, one of San Diego’s most popular punk rock musicians suffered serious physical, emotional, and economic injuries after a police cruiser crashed into the Tower Bar [Source: NBC San Diego]. Davey Tiltwheel, who also goes by the name David Quinn, performs in a band called Tiltwheels and he happened to be at the bar when a police cruiser came crashing through the building. Apparently, the police car was side-swiped by a hit and run driver which sent the officer’s vehicle into the Tower Bar.  The officer was also said to have been traveling at unsafe speeds.

A witness who was present in the bar at the time of the accident told the news outlet, “You heard the loudest band you ever heard in your life.” After the accident occurred, Quinn suffered several injuries as mentioned above which prompted him to file a civil lawsuit against the city in an effort to collect the compensation he believes he is entitled to as a result of the accident.

Filing a claim against the City of San Diego

Aside from filing a lawsuit against the city, you can also file a claim with it if the damage caused wasn’t severe enough to sue. Some examples of the types of claims that are filed with the city include:

You will need to file a liability claim form which is titled “Claim Against the City of San Diego Form(RM-9). Generally, your claim must be presented to the Risk Management Department no later than six months after the date of the incident, according to the City of San Diego.

Now, if you aren’t sure whether you should file a claim or lawsuit for the injuries you sustained, it is best that you contact San Diego, CA personal injury attorney Jeffrey E. Estes. Our firm can review the details of the incident, determine how much your case is worth, and then help you make an informed decision as to whether a claim or lawsuit is your best option.

So, if you would like to get a consultation scheduled where we can discuss how you can hold the City of San Diego accountable for your recent accident, contact us today by calling 619-233-8021.

MADD Holds Candlelight Vigil for Those Killed in Drunk Driving Accidents in...
Scroll to top