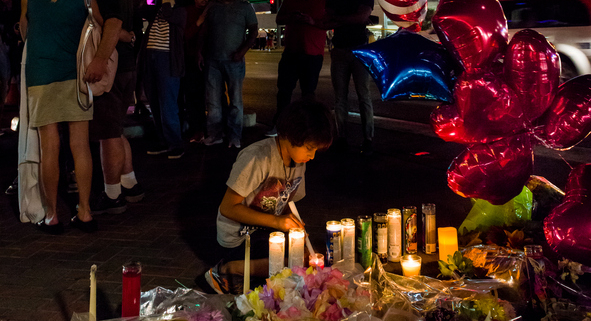 When you lose someone to a drunk driving accident or any other type of traffic collision, not only are you losing the person, “but also a part of yourself.” Those were the words spoken by Karen Lei, a resident of San Diego. Lei lost her fiancé who worked as a San Diego County Sheriff’s Deputy back in 2010. Ken Collier had been in pursuit of a suspected drunk driver when he was killed in an accident and Lei says there isn’t a day that goes by that she doesn’t remember that she lost him.

Unfortunately, Lei is like many individuals in San Diego and all across the country. You see, it is estimated that 29 people are killed in drunk driving accidents each day which means their surviving friends and family members are left to carry on without them, many of which struggle for the remainder of their lives without that person there any longer. Because so many people are injured and killed by drunk drivers, Mothers Against Drunk Driving (MADD), which is an organization that was founded by a mother who lost her child to a DUI accident that has grown tremendously over the years, continuously works to help prevent further accidents from happening. The organization does this by hosting events that help inform the public of the dangers associated with driving while intoxicated.

Just recently, MADD held a candlelight vigil for San Diegans who lost their loved ones in drunk driving accidents, according to Fox 5 San Diego. The vigil, which is called “Honoring the Past, Creating Hope for the Future” is an annual tribute and “serves as a time of reflection to remember and honor those who have been killed or injured in impaired driving crashes,” according to the group. While the vigil is a time to remember those who have been killed, it is also a time to spread awareness to the community and show just how serious and deadly driving while drunk actually is. The group invited family, friends, and even community members to the vigil, which was held at Sunset Point Park and those who attended were permitted to participate in the candlelight ceremony.

With numerous lives are claimed in drunk driving accidents each year and nearly 300,000 incidents occurring each day in the U.S., it is important that everyone do their part and refrain from drinking and driving. If your life has been impacted by a drunk driver, whether it was you that was involved in an auto accident or a loved one, you can take a stand against the driver who has caused you to suffer and hold them accountable for the pain you are now experiencing.

To learn more about the forms of legal action you can take that would allow you to do this, contact a San Diego, CA car accident attorney at Jeffrey E. Estes & Associates today by calling 619-233-8021.

Can I Sue the City of San Diego for the Injuries I Sustained in an Accident...